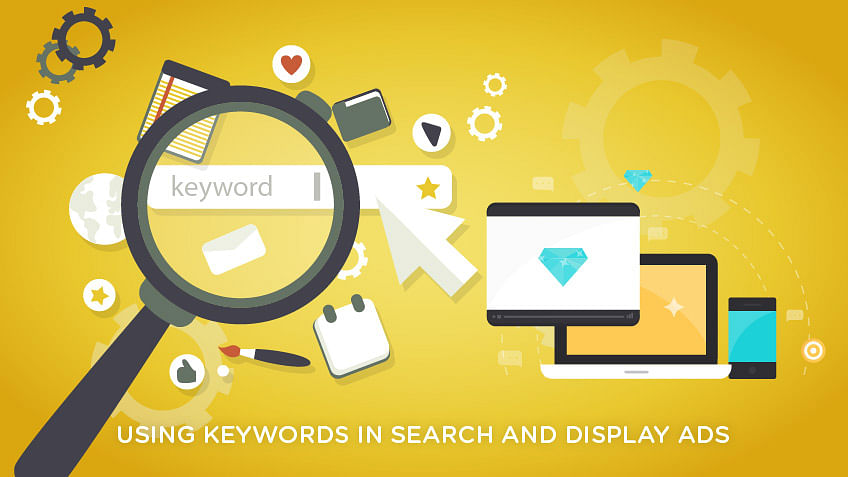 I recently went through an article where the current modified use of keywords and ad group was mentioned, making me realize the bidding on keywords has now a whole different approach. Considering the fact that owning the keywords on a search engine which further displays your advertisement on a priority basis is the new revolution in marketing. The whole process is not as complex once you learn about it. There are numerous tools that can help you learn PPC, in case you’re just getting started.

Let us see what else can be done to use the same set of keywords in different display campaigns:

As long as the keywords don’t compete against each other, it’s not an issue. Consider a scenario where your one of your campaign’s active in Middle East Asia and other in North America. You can use both your campaigns with the same keywords here as they do not compete.

Say you have the same keywords in various ad groups and each of your ad group has been mapped to a particular topic. If you consider using the same ad group across multiple campaigns, then it makes no sense. Also, if you are just ‘bidding’ then it is the same.

However, if you are doing ‘target and bid’ for the topic, then it brings out a whole different picture. A keyword’s primary purpose is mostly targeting an advertisement so when you do ‘target and bid’  your keywords won’t  compete against each other, solving your problem.

The other option is ‘bid only’. It is for topics and keywords. However,  it will lead your keywords to compete against each other because you are only using topics to change the bid and not to target an ad.

There happens to be an option that will serve all purposes. Multiple ‘bid only’ topics with a keyword. By doing this, you can put all topics in one ad group and do your bidding on topics. Now if you do ‘target and bid’ on these topics then you are free to put the same keywords in multiple ad groups and target these topics to a particular ad. The next time you have to change the keywords,  you don’t have to worry about targeting ads because it has already been done by your ad group and its topic.

Below are some examples and suggestions that will eventually help you in bidding on the right keyword and topic.

The organization of keywords in the above example is one way to use  your keywords more efficiently. 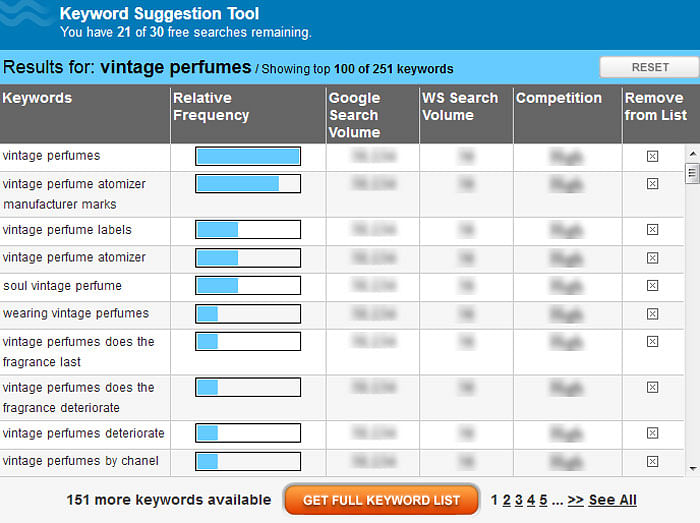 In the above image, we can see the keywords that are hit by users all around the globe on the search engine. It is now easier for you to find the right keyword and group them accordingly.

According to the latest data released by experts, the top three paid keyword ads on Google gets 41% of the clicks. 41% is not a small thing. In fact, even 10 % is not if we are considering the ROI received on these keyword advertisements. A study shows that you can earn 43% more than your initial investment in bidding for keywords. The chart below will help you get a better understanding of the same:

The click through rate is more like a benefit that you get along with your keyword search. Google’s AdWords provide this unique feature to help monitor  data you run for your ads and keywords. It tracks the clicks and gives you a click through rate for your keywords. Judging by the name we can say that CTR is nothing but the percentage of clicks that people did once they saw your ad. Below is the example screen of Google’s AdWords that shows the CTR calculation of a keyword and its ad: 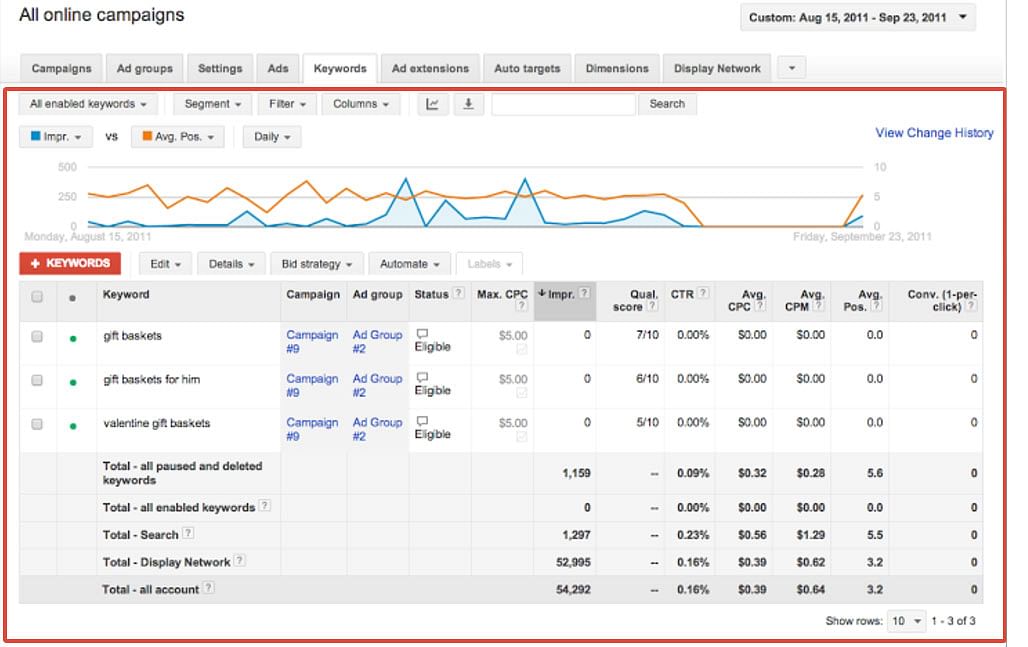 To understand it in a better way let me take you through a case study in which the primary goal was the lead generation for people buying Audi cars.

The campaign had the below results:

Now the main task was to find the most suitable keywords from the above data for which top performing queries were taken into consideration. These keywords are then placed in single ad groups. This resulted in two major ad groups i.e.

Below is the listing and their clicks: 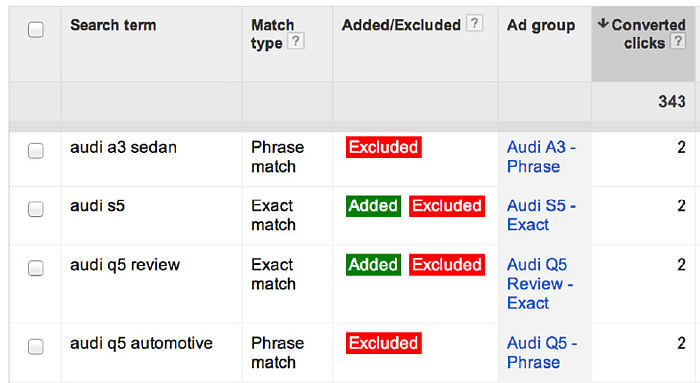 Now the top performing keywords from these ad groups are put into one.  Then you need to exclude them from their previous ad groups. The results that came out with this approach were amazing with this approach. There was a 22% increment in the previous Click through rate. Along with that, the cost per action was also reduced to half.

The above case study is a very nice example of how we can do more testing and find out the meaningful data from which impactful keywords can be extracted. In the end, your keywords are the key to your ad’s success. Choose them wisely.

Want access to this kind of training and support?